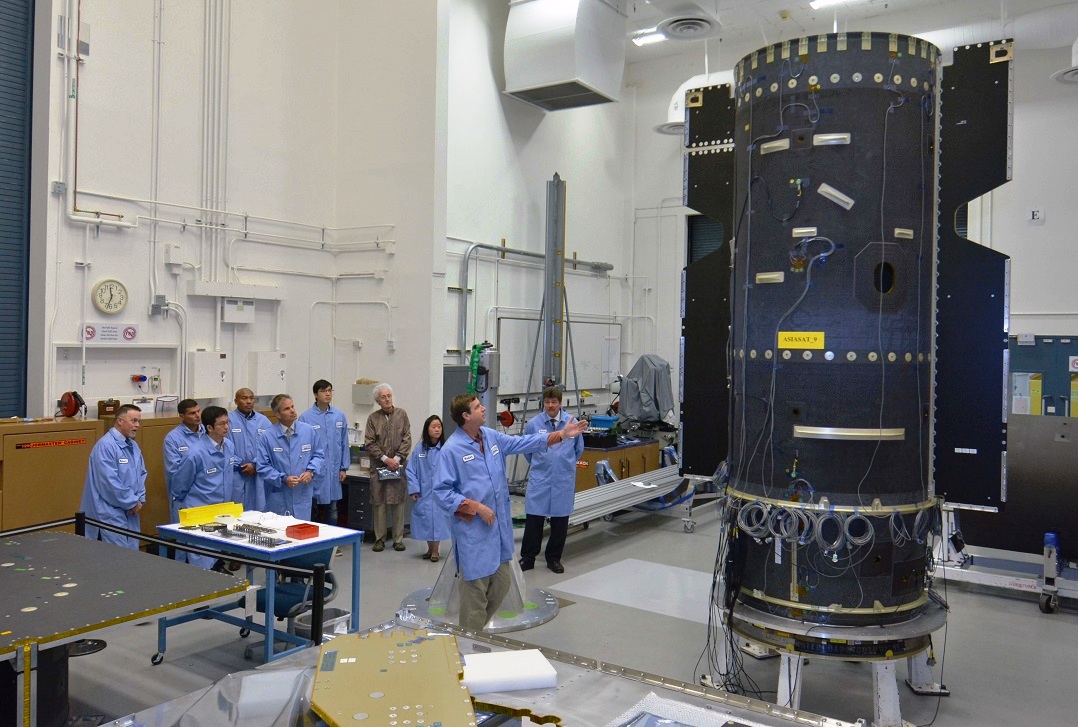 This is the first of a series of reports from the AsiaSat 9 Mission Team covering the major milestones of the construction process and eventually the launch of AsiaSat 9.

The central cylinder is the most crticial mechanical structure of the spacecraft because it load-supports the spacecraft during launch. It is also where the fuel tanks of the propulsion subsystem are mounted .