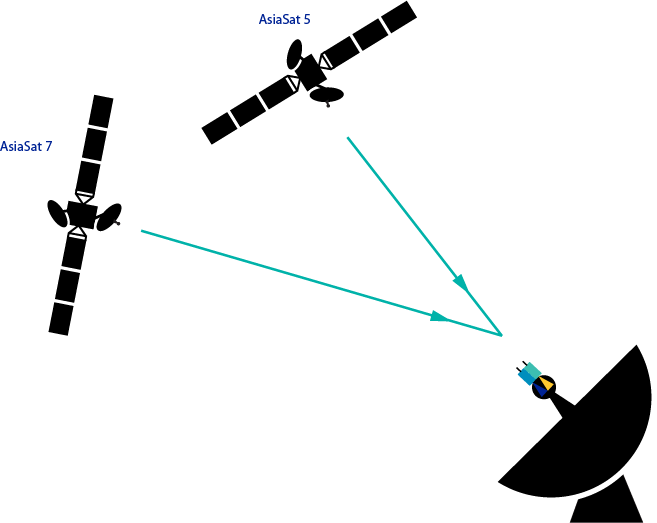 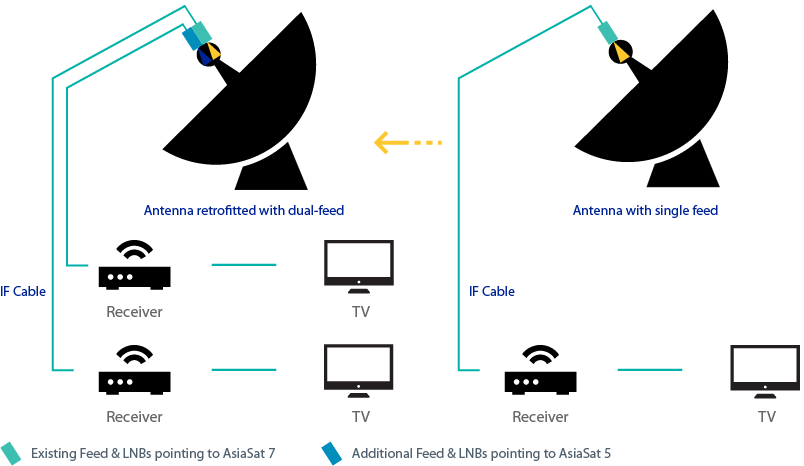 Details of Aligning the Additional Feedhorn

To receive more than one satellite simultaneously using one dish antenna, you need to find out two additional angles to fix the supplementary feedhorn besides the Azimuth and Elevation angles of the primary satellite. They are the "Relative Separation Angle" and "Feed Offset Angle". 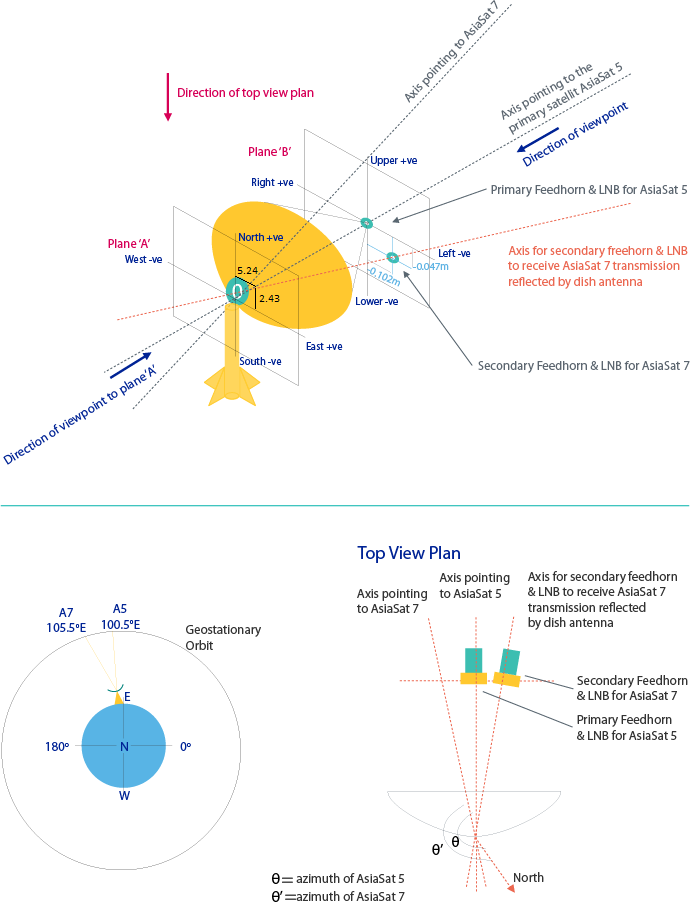 In the case of receiving two satellites with a single dish, the receiving gain for the secondary satellite will be lower than that of the primary satellite. In order to compensate this loss, a large antenna or signal booster may be needed.

Monoblocks are available these days to receive two different satellites at the same time, capable of receiving both V and H-pol. These monoblocks are mostly custom manufactured according to the separation of the targeted satellites. Two examples are: 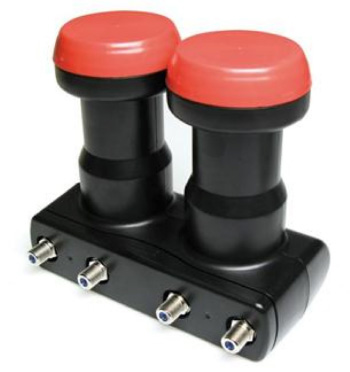 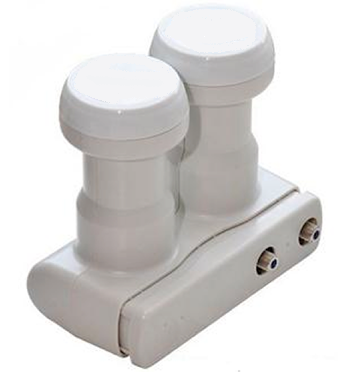