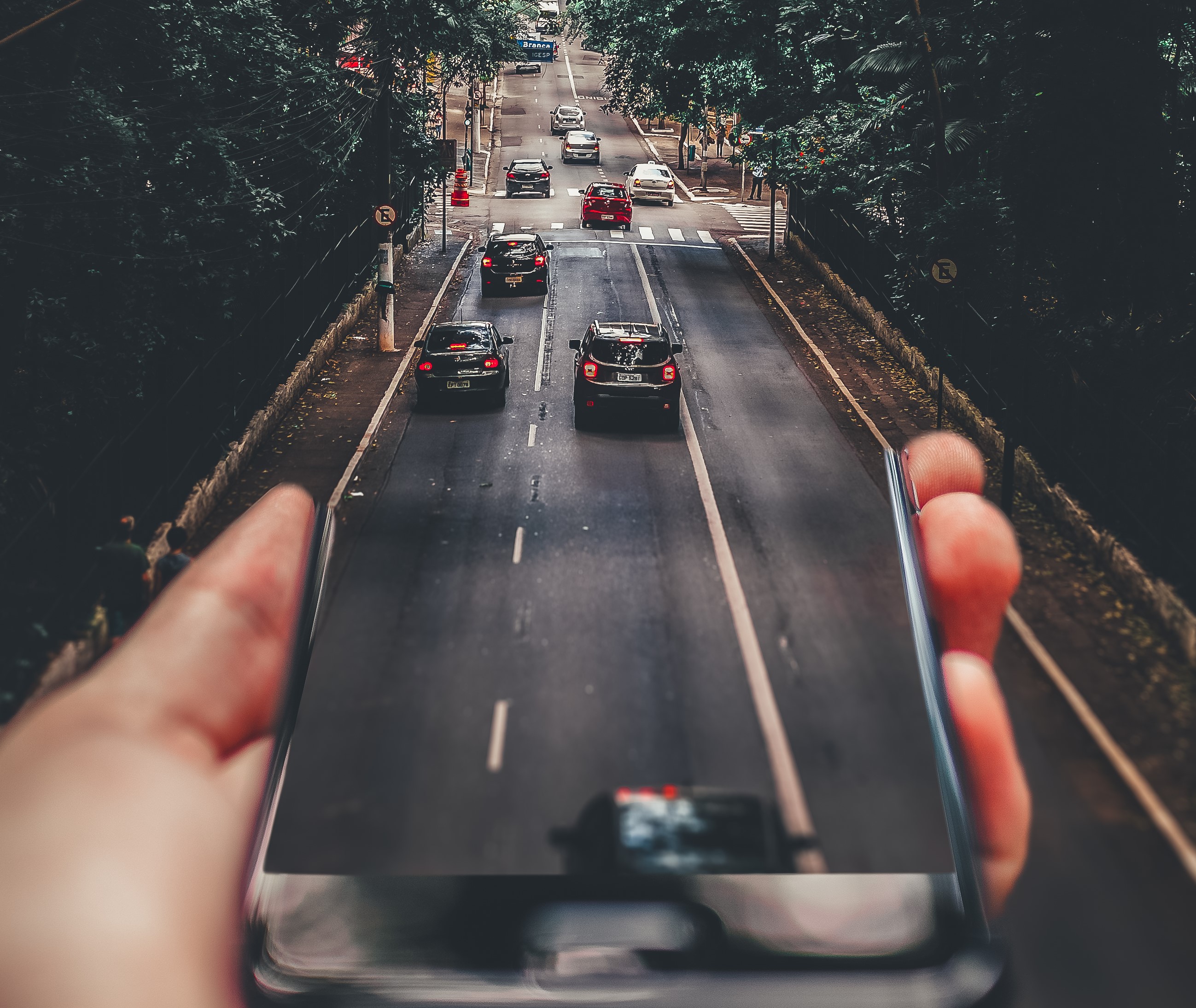 We have been serving our customers and partners for 30 years. Since 1988 we have striven to deliver the best service and ensure continuous success for our customers. More than a mere transponder bandwidth sales company, AsiaSat is gradually evolving towards a service-based and innovation-driven telecommunication and technology company.

At the conceptual stage of AsiaSat 9 (which replaced AsiaSat 4 in September 2017), the idea of bandwidth (BW)-enhanced transponders was raised and widely discussed within the AsiaSat Engineering team, forming a consensus on the technical specs required. Constrained by the 40 MHz inter-channel separation, an enhanced C-band transponder can operate with 37 MHz usable BW, i.e. 1 MHz more than the traditional design. With the state-of-the-art high power TWTAs, this additional BW can be translated into 3% more throughput. The corresponding impact of the payload design change, especially the output network (ONET), was carefully evaluated. The new C-band ONET was specially optimized, tested and qualified to accommodate the 37 MHz operation. AsiaSat 9 is in service now with all C-band transponders capable of operating at an enhanced level.

In 2012 AsiaSat envisioned a competitive aeronautical satcom data market. An innovative solution of combining a broad beam with spot beams was proposed to better serve the in-flight connectivity (IFC) demand from airlines, and unmanned aerial vehicles (UAVs) [1]. As illustrated in Figure 2, the satellite downlink (DL) to the aircraft goes through a broad beam, e.g. in Ku-band, whose EIRP spectrum density can be relatively low to facilitate the coordination and co-existence with the neighbor GEO satellites. The aircraft uplink (UL) to the satellite can go through the spot beams in the higher frequencies, such as Ka-band. The higher G/T of the spot beams will relax the transmission requirement of the terminal on an aircraft. The cruising height of a commercial aircraft also guarantees little or no rain fade to the Ka-band uplink. AsiaSat was granted a patent for this development in 2016. 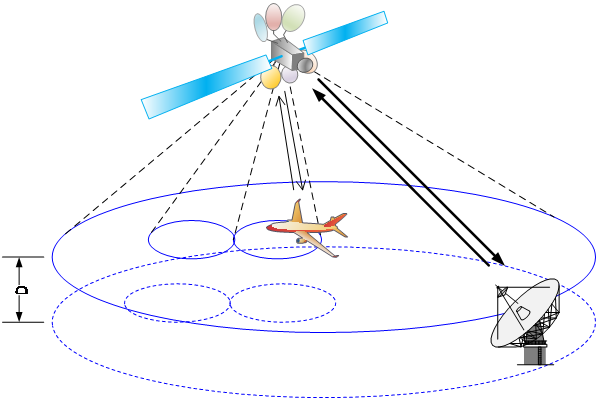 Onboard Digital Channelizer for Harvesting the Guard-band Spectrum

One important design and operation aspect AsiaSat considers carefully about is the spectrum utilization. In traditional payload design, there is always 10% of spectrum BW reserved as guard band in between two adjacent RF communication channels, the guard band is typically 4 MHz in C-band and 6 MHz in Ku-band. It is understood that the use of guard bands is due to the limitation of the channelized high power DL section design of the FSS payload. But can we make use of the guard bands in the low-powered UL section? The answer is Yes! With the aid of an onboard digital channelizing processor (DCP) at the input section, the conventional input multiplexers (IMUX) can be removed, and the guard bands in the UL spectrum can be fully harvested and put into commercial use.

Coincidentally, in ITU Region-3 (Asia-Pacific), the Ku FSS spectrum is unbalanced: the DL spectrum has 250 MHz additional BW un-paired with any Ku UL spectrum. The harvested UL guard band spectrum can then be regrouped and routed from the DCP to the additional Ku DL spectrum. Such an example is illustrated below in Figure 3, where the UL guard bands from the C, Ku and Ka-band transponders have been fully used. The associated patent [2] was granted in 2018.

Figure 3. Illustration of UL guard-band harvest, where the additionally obtained BW is routed to the Ku extended FSS range.

AsiaSat currently operates a fleet of FSS communication satellites equipped with several Ku-band regional beams. To gain the edge in the high-throughput satellite (HTS) era and maintain backward-compatibility with legacy networks, a new AsiaSat HTS payload should have special designs to bridge the gap between the new HTS and the existing FSS fleet. In 2016, AsiaSat filed a patent [3] on the design of a dual-band, co-coverage HTS payload. The proposed HTS payload operates in two different bands, e.g. Ku and Ka, sharing the same reflector with most feeds function in Ka-band. The dual-band feed is employed for strategically-selected beams to generate a Ka beam and a concentric but wider Ku beam at the same time. The beam layouts from the two bands overlap the same desired coverage as shown in Figure 4. Having interfaced to the onboard DCP, the user traffic of the two bands can be routed in between the respective beams, working as backup for each other. 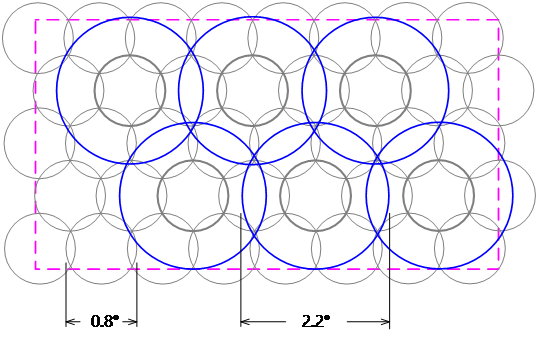 With the advent of the HTS era, AsiaSat will commit more efforts and activities to address new challenges, improve the business productivity and differentiate our services. A series of more innovations regarding integrated HTS space and ground technologies are under patent drafting stage currently and will soon be published.

Stay tuned with the AsiaSat team and learn more applications from state-of-the-art engineering and innovation. 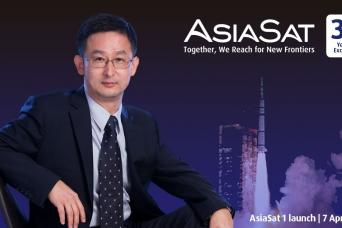 AsiaSat's 30 Years: Message from our CEO 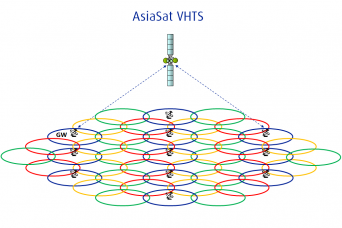 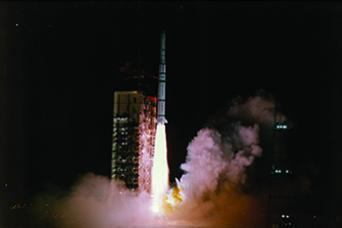